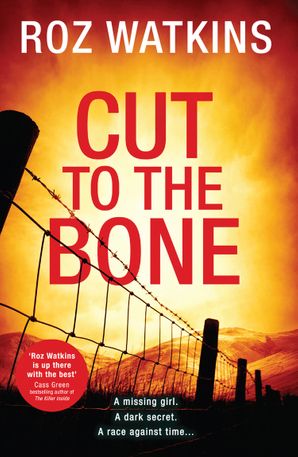 Imagine taking your brush to write in Chinese – you make one stroke, but it means nothing. You make a second stroke, and still it makes no sense. You make one last firm stroke linking the other two – that is the killer.

That is how Roz Watkins has stunned me again, after last year’s Dead Man’s Daughter. Two astonishing scenarios – one, the events of twenty years ago, and the other a police investigation in the present day – finally come together, only for protagonist DI Meg Dalton to find herself having to do justice to the dead and to the save the living. Or try to.

Gritton is an isolated Derbyshire village, and much of Roz Watkins’ Derbyshire stands in isolation, where an old established family have turned to pig farming to maintain their fortunes. Twenty years ago a teenage party in the woods ended unhappily – how unhappily no one exactly is sure (some don’t remember) or telling (if they do remember), and everyone has blamed everyone else ever since, falling into drink and drugs to self-medicate their grief. Now a child of that evening has returned demanding answers, only to quickly disappear. Possibly eaten by pigs, was the girl eaten accidentally or was her body fed to them? If not eaten by pigs, what could have happened to her?

Sightings of the The Pale Child have started to re-occur, regarded as a sign of bad luck. In the past those sightings have been followed by death. DI Dalton will discover that there has been more death than she realised, and The Pale Child has been more than an urban legend. Suspects disappear. Meanwhile, vigilante groups harass the police to work harder, Meg Dalton’s own family both support her and let her down, and her bosses urge her to see things in a narrower context, particularly when so much can be blamed on a dead druggie and the case wrapped up quietly.

Happy families are all alike; every unhappy family is unhappy in its own way. That is what Tolstoy said but Roz Watkins has found that an unhappy family trying to reverse the situation may only make thing worse. Can there be anything worse than killing for happiness? Try Cut to the Bone and see.