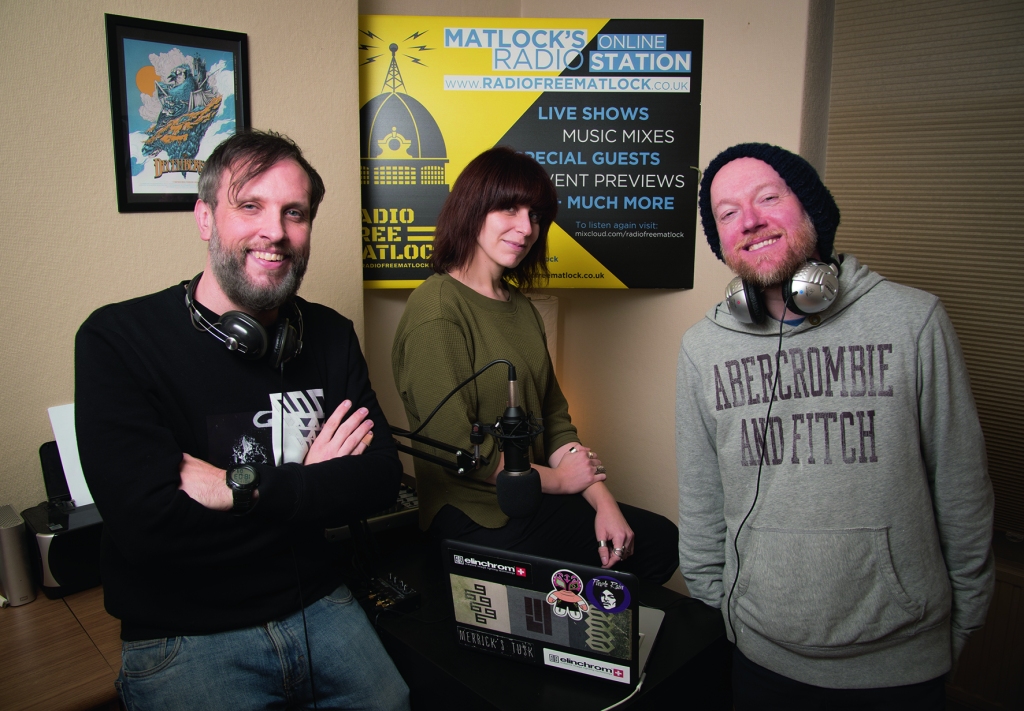 Radio Free Matlock, the online radio station based in the heart of Derbyshire, is expanding its show line-up and setting its sights on big things for 2019.

The station is now broadcasting every weeknight at radiofreematlock.co.uk with an average of ten shows per week.

Station manager Ashley Bird said: “Having grown from a tiny ultra-local venture with just a couple of shows, we are excited that more and more people are getting involved and a lot more people are listening too.

“The idea of the station is to both serve our local community and to celebrate its music and art-loving culture in a way which the wider world can also appreciate.

“Derbyshire has so much creative energy, and we want to be a genuine media hub for that. With our expanded line-up, I believe we’re getting there.

“The presenters and listeners form a really lovely online community of their own – sharing music and ideas – and I frequently find myself thinking that this is how we should use the internet for ‘good’ rather than the negativity which often seems to prevail online.”

The station was founded in 2014 – originally called Radio Free Smedley Street – and it served the residents of the Matlock Bank area of Matlock. It was set up by music-lovers Martin and Alice Lockett and Rob James.

Renamed Radio Free Matlock to widen its scope in early 2018, and with former Kerrang! magazine editor (and current member of alt-rock band Damn Cargo) Ashley taking the reigns in May, the station is now rapidly becoming known not just in the Derbyshire Dales and Chesterfield, but across the UK.

Ashley is assisted by Corey Lavender (owner of Vanishing Point Records in Chesterfield), and a host of other DJs.

With an eye to the future of the station, Ashley said: “The biggest challenge for us as a station is working out the best model for funding what we do. We have recently secured some grant money from Matlock Town Council to pay for one of our two essential broadcasting licences, and we are seeking another grant for the second one.

“Our ultimate ambition is to build a proper studio from which we can run our station, but that will require a lot more funding. If anyone wishes to help in that regard, we would be very grateful.”

He added: “Creatively, we have so many ideas for what we want to do as a collective. We want to be at the heart of Derbyshire’s cultural life – with our DJs participating in events, and with all the good things happening in our area getting a promotional boost from our station.”

Radio Free Matlock can be streamed at http://www.radiofreematlock.co.uk