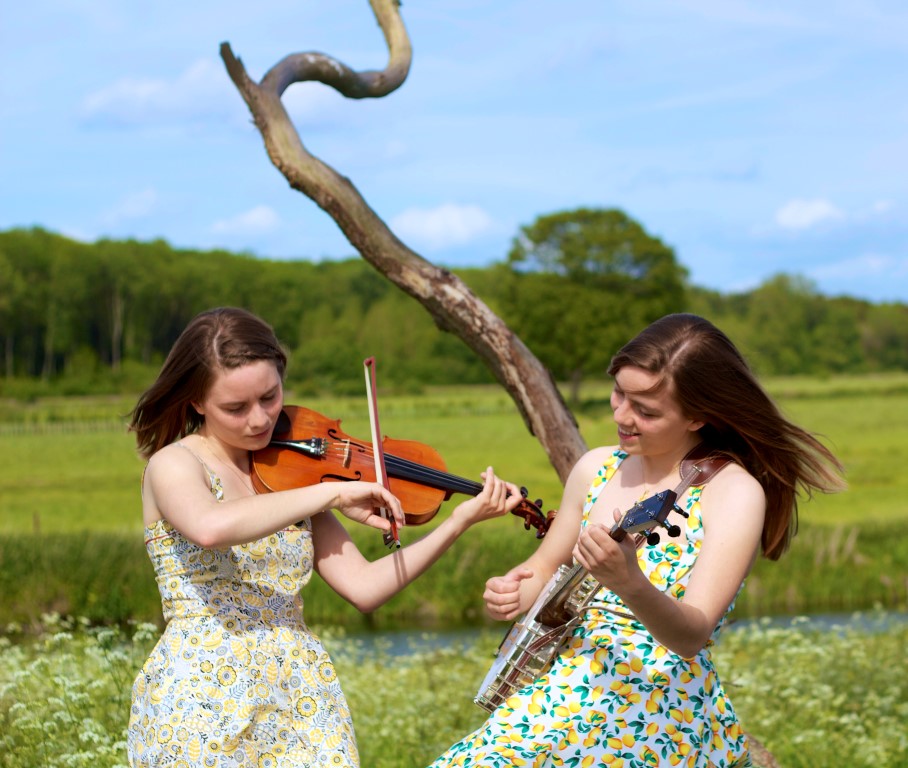 This year, Furthest From The Sea (FFTS) Comedy and Arts CIC have once again been invited to curate and host the free fringe stages at Derby Folk Festival at The Old Bell Hotel in the heart of Derby’s Cathedral Quarter.

From 12pm to 6pm on October 6 and 7, they will be showcasing some of the best folk and folk-inspired variety entertainment acts from Derbyshire and neighbouring counties.

Councillor Alan Grimadell, Cabinet Member for Leisure, Culture and Tourism, said: “Derby Folk Festival is a great event and the free fringe is a brilliant opportunity for everyone to enjoy the festival. This is another example of the good work by Derby LIVE that benefits the city centre, making it a more vibrant place”

A fringe act who have been part of the Folk Festival for many years are Winter:Wilson. Derby Folk Festival wouldn’t be the same without the wonderful duo of Kip Winter and Dave Wilson. As well as performances in Derby Cathedral and the Guildhall Clubrooms, they will be performing on October 7 at 5.15pm in the Old Bell Hotel ballroom.

Winter:Wilson’s latest tour showcases their latest album Ashes and Dust, the follow up to Cutting Freewhich made the Daily Telegraph’s ten recommended folk albums for Summer 2014.

They have a fine repertoire of self-penned songs and it’s in live performance that Winter: Wilson really excel. Bringing a sense of intimacy to every stage, Winter:Wilson welcome audiences into their world, mixing songs with stories of life on the road.

As well as being members of Midnight Skyracer (who are performing in the City Marquee at 11.30am on Saturday), twin sisters Laura and Charlotte perform as The Carrivick Sisters (pictured) and will be in the Old Bell Ballroom on October 6 at 2.15pm. They mix original songs and instrumentals with carefully chosen covers on guitar, mandolin, fiddle, dobro, and clawhammer banjo. They have built a reputation for engaging and entertaining live performances with tight sibling vocal harmonies and multi-instrumental virtuosity. Having grown up in South Devon, an area rich in folk lore and legends, much of their original material is inspired by their local surroundings and history.

Included in this year’s entertainment will also be a Spoken Word Showcase. Taking place alongside the musical entertainment on the Sunday at The Old Bell Hotel, spoken word performers Becky Deans, Sophie Sparham and Aoife O Connor will showcase their work in the ballroom at 2pm.

Later in the day, FFTS’s own Dan Webber, who was named BBC Local Poet for Derby in 2016 as part of National Poetry Day, will perform his own spoken word poetry at 5.15pm.

There is also a programme of Dance sides including outside dance entertainment across the Cathedral Quarter. Folk 3D have brought together some fabulous dancers, showcasing different styles of traditional dancing, and livening up the streets.

Having been with the festival for the last few years, many people will recognise the exciting sight and sounds of the brass-led Frumptarn Guggenband – bringing wonderful music, and a lot of fun to the streets.

There are dance displays from Harlequin Morris, The Ironmen & Severn Gilders, Bakanalia, Whip The Cat, Willington Morris and more!

This year’s fringe programme also has some surprises in store. Saturday from 11am – 12pm a flashmob with a twist will be taking over Derby Market Place. A flashmob ceilidh – a surprise for the shoppers on the streets – will provide the chance for everyone to join in and dance, or play in, an open air ceilidh! Starting at the Waterfall, Folk 3D and a host of friends from the world of Morris will lead the dances. Everyone is invited to bring their feet, or an instrument, and join the fun.

Alongside the fringe events, throughout Thursday, Friday, Saturday and Sunday there will be an Arts and Crafts Fair on the Market Place featuring a whole range of fantastic goods.

The fringe events are all free, whether visitors have a festival ticket or not – so it’s a great opportunity for people to come along and enjoy some great music.
With the whole Derby Folk Festival programme taking place in and around the city, it is perfectly placed for those arriving by either bus or train.

For the first time ever the festival has become a four day event. Derby LIVE and PR promotions have extended the festival after deciding they could not fit all the fantastic acts into three days.

As well as the full weekend, there will now be a great evening concert on October 4. Tickets are available for single days of the festival. Tickets for Thursday are priced at £16, Friday and Saturday evening tickets are £26 and Friday, Saturday and Sunday full day tickets are £40.
Full weekend tickets are on sale at £90, and adult tickets are priced from £26-£40 for specific dates/performances.

Concessions are available. Festival tickets can be purchased through the Derby LIVE Box Office on 01332 255800 or online at derbylive.co.uk they can also be purchased at the Sales and Information Centre, on the Market Place, Derby, DE1 3AH.

Find out more at derbyfolkfestival.co.uk where you can download a copy of the festival flyer and keep up to date with the latest news on twitter and facebook.

A full list of confirmed acts can be found on the Derby LIVE website along with details about the artists and full programme on the Derby Folk Festival website.