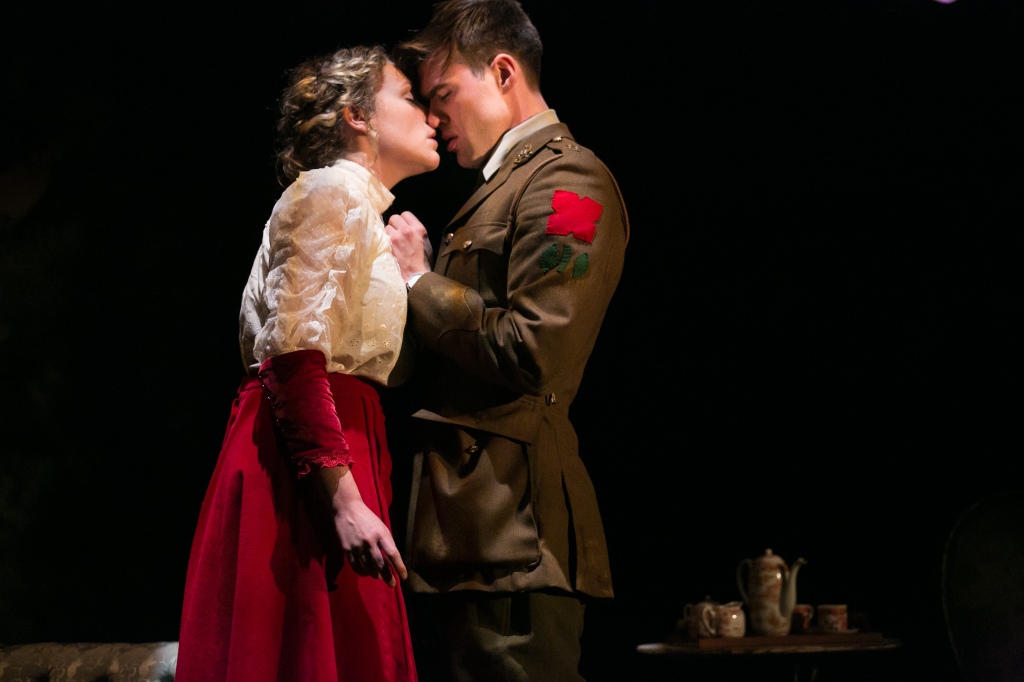 Marking the centenary of the end of the First World War, Derby Theatre will present Rachel Wagstaff’s highly acclaimed adaptation of Sebastian Faulks’s best-selling novel Birdsong as part of its final UK tour this month.

Birdsong tells a mesmerising story of love and courage, before and during the war. In pre-war France, a young Englishman, Stephen Wraysford, embarks on a passionate and dangerous affair with the beautiful Isabelle Azaire that turns their worlds upside down.

As the war breaks out, Stephen must lead his men through the carnage of the Battle of the Somme and through the sprawling tunnels that lie deep underground. Faced with the unprecedented horror of the war, Stephen clings to the memory of Isabelle and the idyll of his former life as his world explodes around him.

The critically acclaimed production, seen by over 200,000 people, has received 4 and 5-star reviews, with audiences calling the show ‘simply stunning’.

The cast is headed by Tom Kay and Madeleine Knight as Stephen Wraysford and Isabelle Azaire. Tom Kay appeared to great acclaim in a recent production of Journey’s End, performed on a First World War battlefield at Ypres.

Author Sebastian Faulks said: “This is the fourth and final tour of Rachel Wagstaff’s adaptation of my novel and, as it coincides with the centenary of the Armistice in 1918, it comes with an additional air of celebration. The play has had a long life since its first incarnation in the West End in 2010 and audiences have always been warm and appreciative. I very much hope that this finale will be a glorious one.’’

The play can be seen from June 11-16. For tickets go to http://www.derbytheatre.co.uk