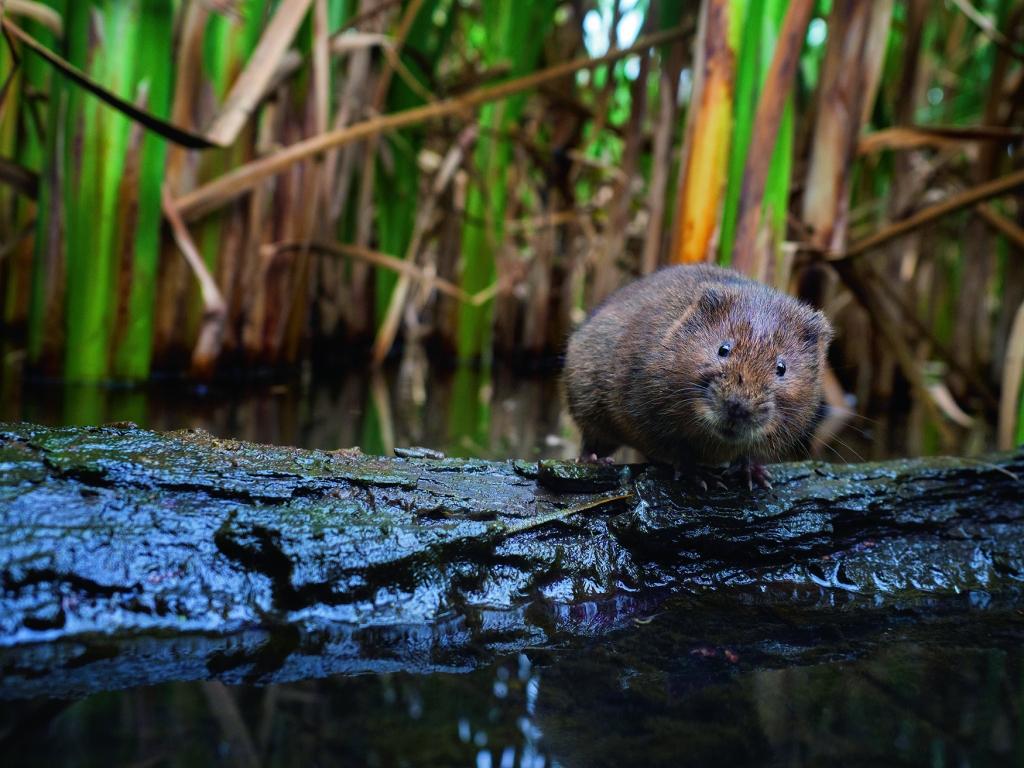 Tenacity is a trait that wildlife photographer Tesni Ward has in abundance. If someone tells her something can’t be done she is determined to prove them wrong.

For a woman who has been taking professional pictures for just two years her photographs are astonishing, and she is already being fêted as a young photographer to watch.

This almost certainly has something to do with the fact that Tesni, 26, is a former member of Team GB athletics squad and was a champion javelin thrower.

At one point in her life she was training twice a day, six days a week, with the aim of making it to the 2016 Olympic Games.

Sadly injury forced her to give up on that dream and her sporting career, but on the plus side it opened up a lot of spare time for new interests and adventures.

“I had dabbled in photography like most people do while on holidays, but had never done it seriously. I loved seeing and photographing wildlife and was living on the edge of the Peak District so I thought I would put my energies into it as a new hobby.

“About two years ago I took some images which I was really chuffed to pieces with, and I realised how good it would feel to be a full-time photographer,” said Tesni who lives in Chesterfield.

“Around the same time – just as I had invested in new gear and trips – I was made redundant.

“It was bad timing, but I thought well, why not try and make a living from photography. I am the sort of person who would rather try, and fail, knowing I had given it my best shot. So I decided to go for it. I was never destined to work in an office anyway, and now I wouldn’t have it any other way.

“It is hard work setting up your own business and I am relatively unknown in some photography circles still, but I am working to change that by producing a good portfolio.”

This aim has taken the young photographer to exciting destinations in Greece, Scotland and Alaska, among others, and she has a trip to India planned for later this year.

While she is not working on her own projects she is busy passing on her extensive knowledge of wildlife to other keen photographers on a variety of courses – many of which have gained plaudits from her clients.

What is special about Tesni’s pictures is the empathy she seems to have with the animals and birds she is documenting. They are looking straight into her lens. It is almost as if she is part of the landscape.

“For me it is very important to capture the personality of my subject and I like to get totally involved in their world and get to the nitty gritty of a particular species whether it’s a mallard or a badger. Now I recognise individual animals and their personalities and have my own names for them all.

“It is challenging work and not without its disappointments and failures. You can’t be a wildlife photographer without lots of patience as the animals and birds will certainly test it, but if you work hard you will be rewarded with some incredible moments.”

Tesni is very mindful of what she is doing and the possible impact she could have on the environment and she is passionate about promoting ethical photography which always puts the welfare of the wildlife first.

She is a champion of wildlife conservation and gives talks about her work to many groups and organisations as well as getting involved with the hands-on work of some. At the moment a lot of her time is being devoted to helping stop the badger cull being extended into Derbyshire.

“Currently a lot of my focus is on badgers as they are my world and I am passionate about them. I want to show badgers in a positive light and make it known why this cull is totally inappropriate – especially in Derbyshire.”