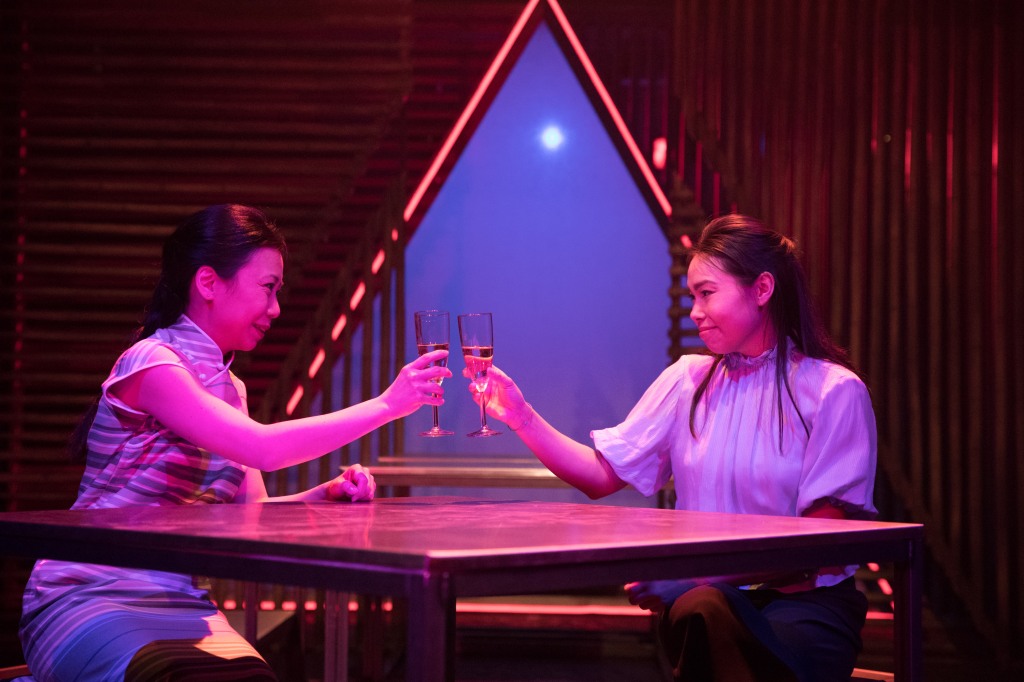 Mountains is  a compelling story of survival and determination that considers the desire to understand family history – however painful it may be.

The play, by award-winning writer In-Sook Chappell,  is based on Helen Tse’s best-selling novel Sweet Mandarin and tells the extraordinary tale of the women behind the famous Manchester restaurant of the same name.

Brought up in England by her Chinese family, Helen, played by Siu-See Hung, has always felt that a part of her story was missing.

Determined to fill in the gaps and discover who she really is, the Cambridge-educated lawyer heads out to Hong Kong to visit her mother’s birthplace for the first time.

She thought she would feel at home there but instead feels lost and out of place. Emotionally she conjures up her now-dead grandmother Lily Kwok (Tina Chiang) and together they step inside her family’s past and unearth tragic secrets and shocking realities that will change Helen’s life forever.

On her journey, which skips backwards and forwards through time, the pragmatic Helen encounters murder, the wartime invasion by the Japanese, racism and poverty.

The powerful play, directed by Jennifer Tang, is both touchingly intimate and disturbingly brutal but it certainly enables the audience to empathise with the extraordinary life of Lily Kwok.

The Royal Exchange Theatre, Yellow Earth and Black Theatre Live co-production can be seen at Derby Theatre until Saturday.

For such a superb production there were far too many empty seats last night but those who were there were certainly very appreciative. There are still plenty of tickets available for tonight and tomorrow so if you have nothing else planned it is well worth going to see.

Go to http://www.derbytheatre.co.uk for tickets.