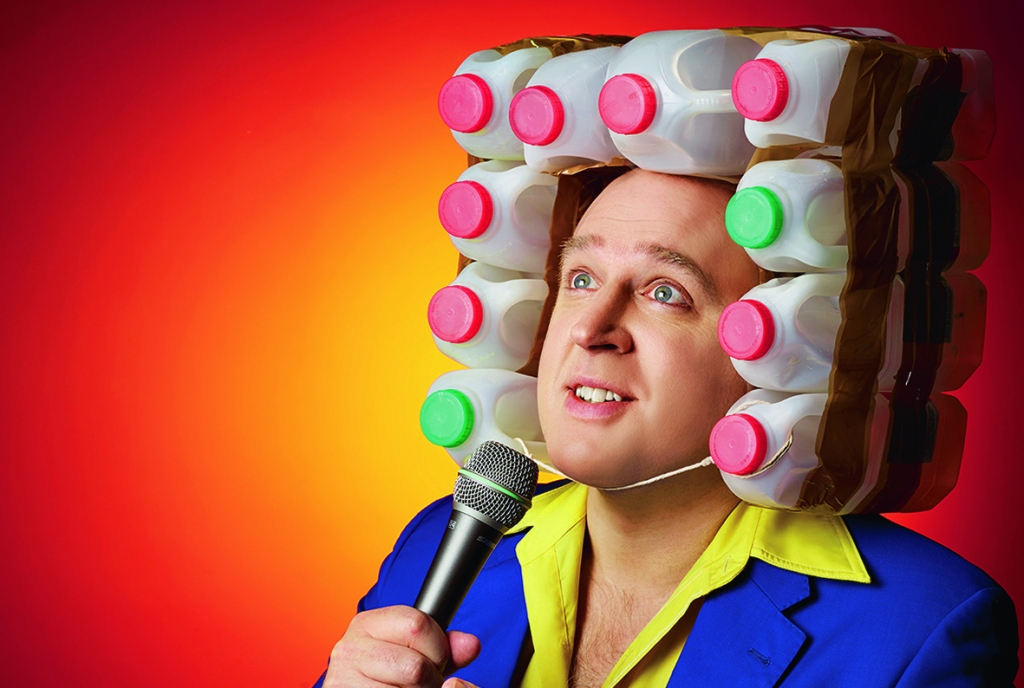 Tim Vine is back on tour, telling lots of silly new jokes, showing off new homemade props, singing some new daft ditties, and all with the appearance of confidence.

In Sunset Milk Idiot the following subjects will be touched upon briefly by the comedian: pixie football, ice cream and nibble feeders.

Go along, sit down, and laugh. The quantity won’t let up. This is comedy without a message. In 2010 and 2014 Tim won the Dave Television award for Best Joke at the Edinburgh Fringe, the only person to have won it twice.

He has successfully toured all of his stand-up shows and has four DVDs. He also appeared in five series of the award-winning sitcom Not Going Out.

He will be at Buxton Opera House on May 10. For tickets go to buxtonoperahouse.org