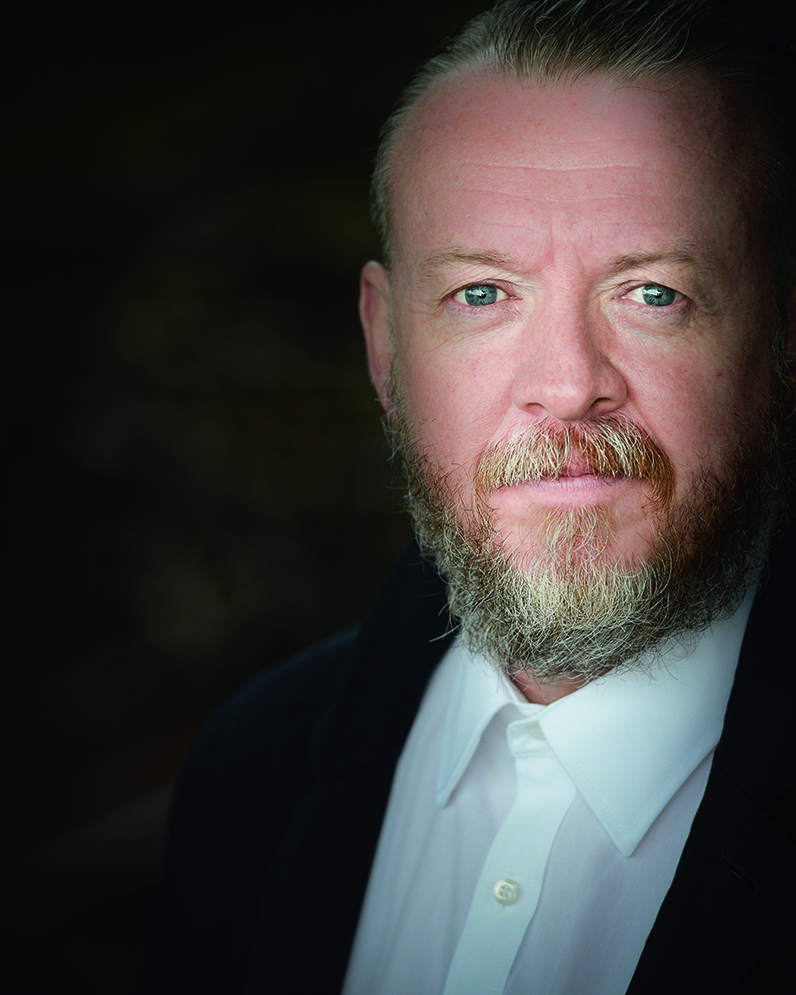 When casting for the part of pub landlord in Jim Cartwright’s Two at Derby Theatre, actor Sean McKenzie must have been at the top of Sarah Brigham’s list.

The challenging role has his name written all over it, not least because he is a man more than capable of switching character easily.

And in this play there are 14 different personalities all played by just two actors – Sean and his co-star Jo Mousley who plays the landlady. The other reason he’s the perfect choice is because he will resonate with the Derbyshire audience as he has made the county his home since he fell in love with his wife while performing at Derby Playhouse 22 years ago.

“Rather appropriately I was performing in Time of My Life at the Playhouse when I met Heidi, who was working in marketing at the theatre.

“My life changed at that point and eventually I moved from London where I was living then to be here,” said Sean, who lives at Heage with Heidi and their two teenage sons.

His love for acting reaches as far back as his childhood when his dad, a variety singer in Blackpool, used to sit him down to watch classic black and white films on a Saturday morning.

“My dad was a great singer and I loved seeing all the fantastic seaside acts – the comedians, magicians etc but I never wanted to follow my dad; I always wanted to be an actor and I was determined to go to the best drama school in the world.”

In 1990 when he auditioned for RADA, Sean reckons there were 3,000 applicants for just 25 places, and he secured one.

He says that it was his northern working class work ethic and tenacity that helped him on his way and maintains that’s what has also given him what can only be described as a most impressive CV. He doesn’t seem to have been out of work since the 90s with parts in TV dramas such as EastEnders, The Bill, Heartbeat and Casualty, as well as many on stage including playing Alan Bennett in The Lady in the Van.

For 18 months during 2014 and 2015 he was touring with War Horse, clocking up 520 appearances in the UK, Ireland and South Africa, and in 2016 he was at the National Theatre in The Curious Incident of the Dog in the Night Time.

“I am really excited about returning to Derby. I love Derby Theatre and Two has worked out so well for me as it came just perfectly at the end of the pantomime season.”

Sean said he was absolutely delighted to be able to work with Sarah Brigham for the first time and was looking forward to the challenges of the play.

“Two is a beast of a play because there is a lot of dialogue to learn for a lot of characters but that’s something I enjoy. I think I have always had it within me to play different characters in this way.”

Two will also be unique because audience members can book on-stage seats to be immersed in the production, getting up-close and personal with the actors, sitting in the bar of the set, which has been designed as a pub.

“I always maintain there is nothing quite like live theatre and this production is going to be quite exciting,” said Sean.

n For tickets, including the Special Experience tickets go to derbytheatre.co.uk