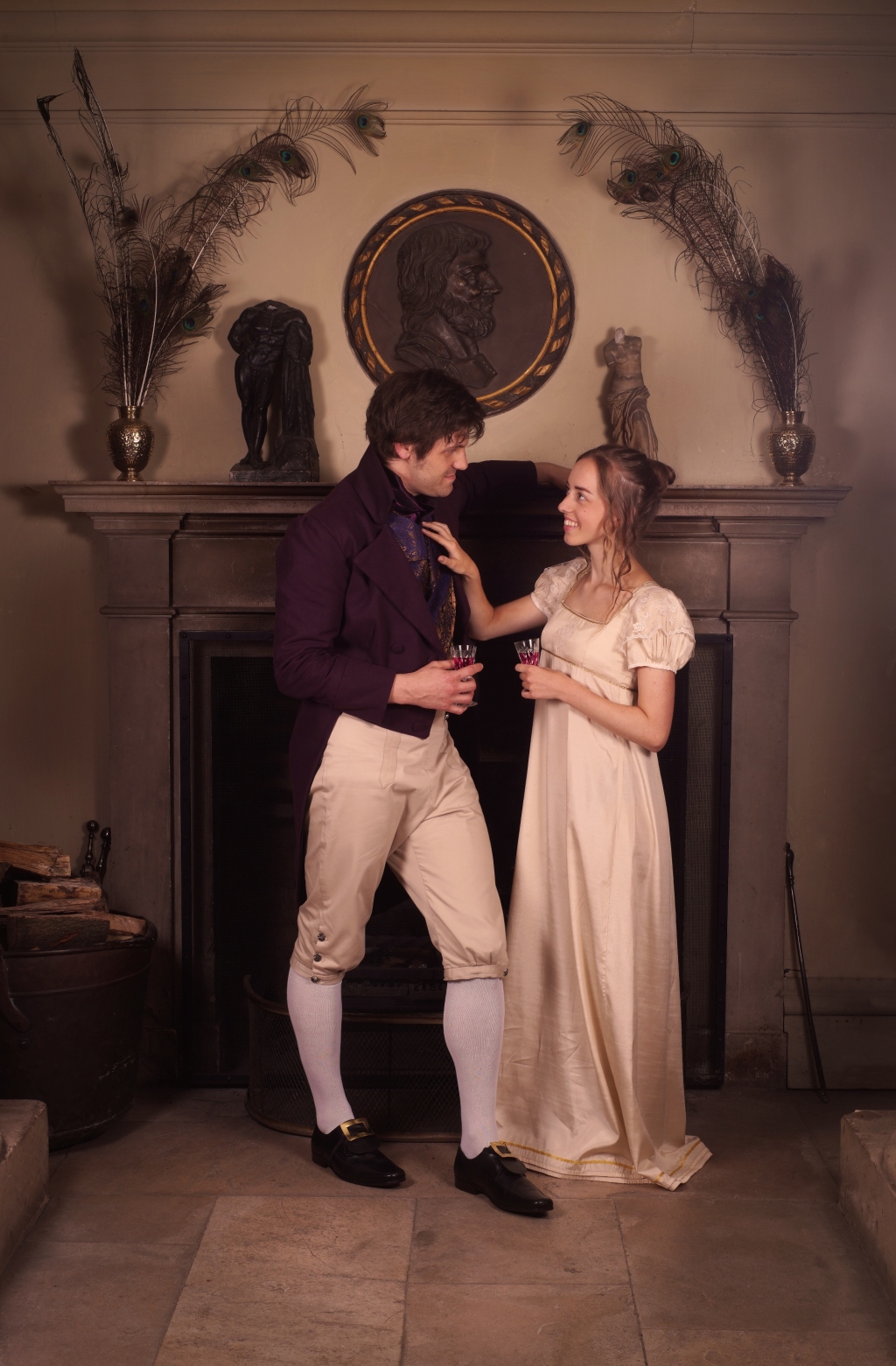 After two sell out Valentine’s shows last year, Lost Boys and Derby LIVE are to reprise, and revise, A Romantic Affair at Kedleston Hall for 2018.

The Lost Boys Theatre Company, Derby LIVE, the National Trust and Sinfonia Viva are joining forces once again to provide a unique romantic experience to celebrate Valentine’s Day which will take place on February 10 and 14.

On arrival participants will enjoy a glass of bubbly, sensuous cello playing and a fire-lit three course meal at a long-table in the sumptuous Caesars’ Hall. They will then journey through part of the ground floor of the house to witness A Romantic Affair, an intimate drama recounting the first meeting between two great Romantic poets and rakish lovers, Byron and Shelley.

Only this year there’s an additional twist. In the 200th anniversary of the publication of her novel Frankenstein, we will also bump into Mary Shelley – a woman ahead of her time and every bit as brilliant as the male poets she joins

.
The year is 1816 and the “mad, bad and dangerous to know” Lord Byron is about to leave his ancestral home, and his country, for good. And for bad. The infamous Earl’s departure is interrupted by the arrival of another great, revolutionary poet, Shelley, who has already found his ideal woman, Mary.

Fire and brimstone collide as the poets’ brilliance and bravado clash. The two depart but will soon meet again. This time on the continent and in the company of two women- Mary Shelley, who will write Frankenstein, and her sister Claire who will throw herself at another demon – Lord Byron himself.

In this play they offer guests the opportunity to witness important and stirring events in the lives of these great Romantic writers, in the elegant setting of Kedleston Hall.

Guests will begin in Caesars’ Hall (think of open fires and Jane Austen-style banqueting) for their three-course meal. This will be followed by a promenade through the ground-floor of this magnificent stately home to the Servants’ Hall. In the Servants’ Hall guests will experience a close encounter of the dramatic kind with Byron, Shelley and Mary.

A Romantic Affair is suitable for ages 18+,  as it contains adult material. Tickets are priced at £65. This price includes a three-ccourse meal with a glass of prosecco on arrival and tea and coffee after the meal.