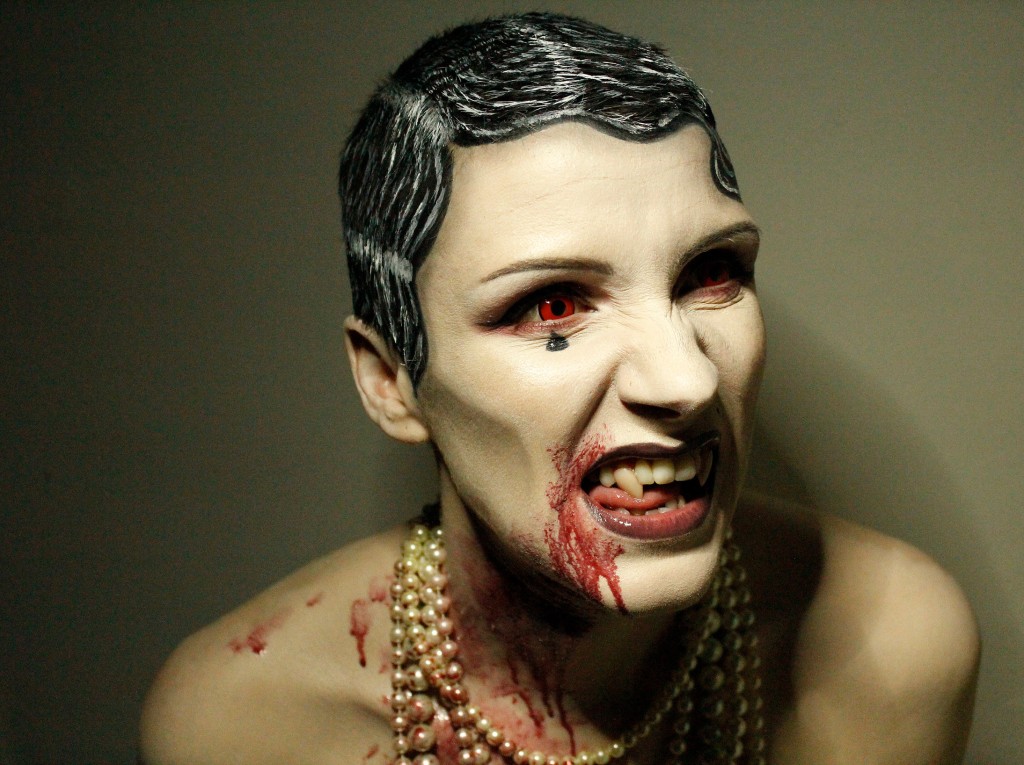 Prepare to be scared – Buxton Drama League returns to the Pavilion Arts Centre, Buxton with the classic spine-tingler, Dracula.

In Whitby two sisters dream of romance; a young solicitor is sent on a journey to meet a new client; in a London asylum one of the inmates predicts the coming of his ‘Master’; and in the east, an ancient evil is preparing to leave his homeland in search of new prey.

Director Robbie Carnegie said: “Everyone thinks they know Dracula. There’s been so many versions of the story, but the play manages to make the story completely fresh and genuinely scary. We have to keep reminding ourselves how the characters must feel in the play. They’ve never heard of Count Dracula.

“They don’t know all the clichés about vampires. So what happens to them is terrifying – and we want the audience to be terrified too!”

The cast of ten are all being stretched way out of their comfort zone.

“If you’re acting in Dracula, you can’t be timid in your performance,” added Robbie.

“You need to throw yourself into the play, physically and emotionally.

“We’re having a brilliant time rehearsing the show and we know that the audience will get a buzz out of seeing it.”

Dracula will be performed from November 16-18, at the Pavilion Arts Centre, Buxton. For tickets, call the Box Office on 01298 72190, go to http://www.buxtonoperahouse.org.uk