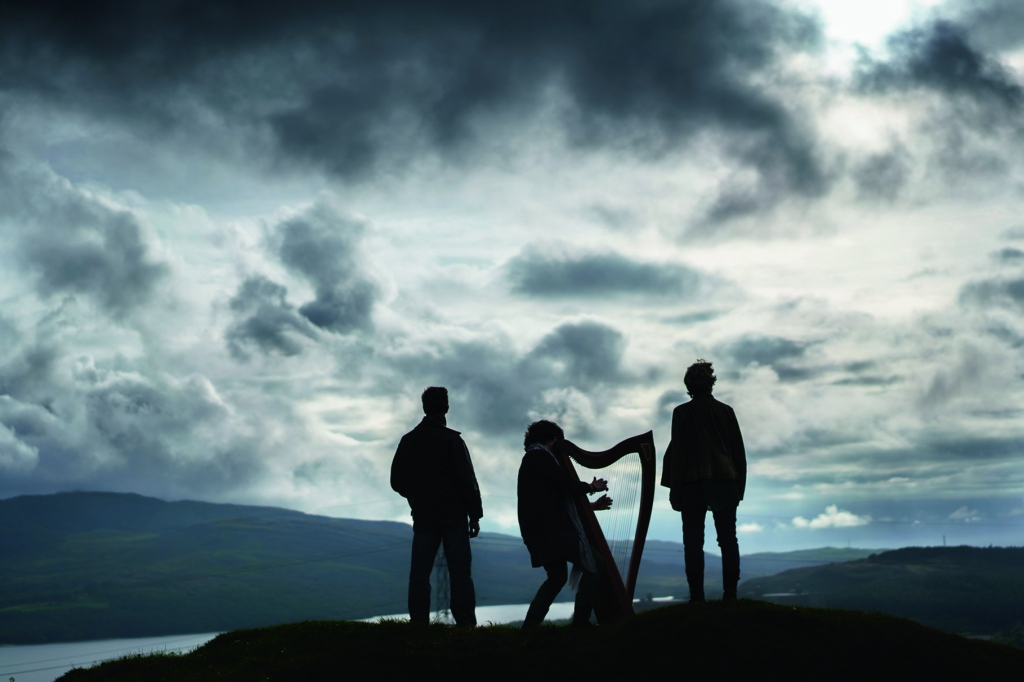 A story as ubiquitous to generations of Welsh people as Shakespeare is to the classrooms and stages of England, is brought to the stage in Dreaming the Night Field: A Legend of Wales.

The brand new storytelling performance of the Welsh legend of the Fourth Branch of the Mabinogion by Derbyshire-based Adverse Camber brings the ancient story faithfully up to date for modern audiences.

Spending months in the vast, beautiful expanses of Welsh countryside in which the story is set, Adverse Camber and the artists have explored and represented the very essence of a much-loved and influential piece of literature, devising new music to punctuate Harvey’s dramatic, good-humoured and captivating spoken performance.

It is a story of betrayal, revenge, love, honour, magic and transformation that transports audiences to the living landscape of North Wales and its brilliant night sky, where you will discover a world bristling with domineering characters caught between creation and destruction.

Gwydion, nephew to the king, a magician and storyteller, provokes a war between North and South Wales and unleashes a chaos of consequences.

Blodeuwedd, a beautiful woman conjured from flowers, is torn between duty and desire with fateful results.

Powerful and poetic, the story was the inspiration behind Alan Garner’s much-loved classic novel, The Owl Service, which celebrates its 50th anniversary this year. Dreaming the Night Field is told in English and the performance is delicately interwoven with the Welsh language.

The new production has been commissioned by a number of partners to draw on the three artists’ deep love for The Mabinogion and their desire to bring these ancient and wonderful stories, songs and music to as many people as possible.

“Audiences tell us that The Mabinogion is a story they remember experiencing in a classroom, or as a book on their shelf,” said Michael.

“In Dreaming the Night Field we bring these stories, which are part of everyone’s heritage, vividly to life with an immersive and accessible live performance, reinventing them for today’s audiences. The performance is full of music, drama, humour and passion, and through it, we hope people fall in love with these stories all over again.”

n The show started a 14-date tour at Wirksworth Festival last month and will be  at the Guildhall Theatre in Derby for the city’s folk festival on October 6.