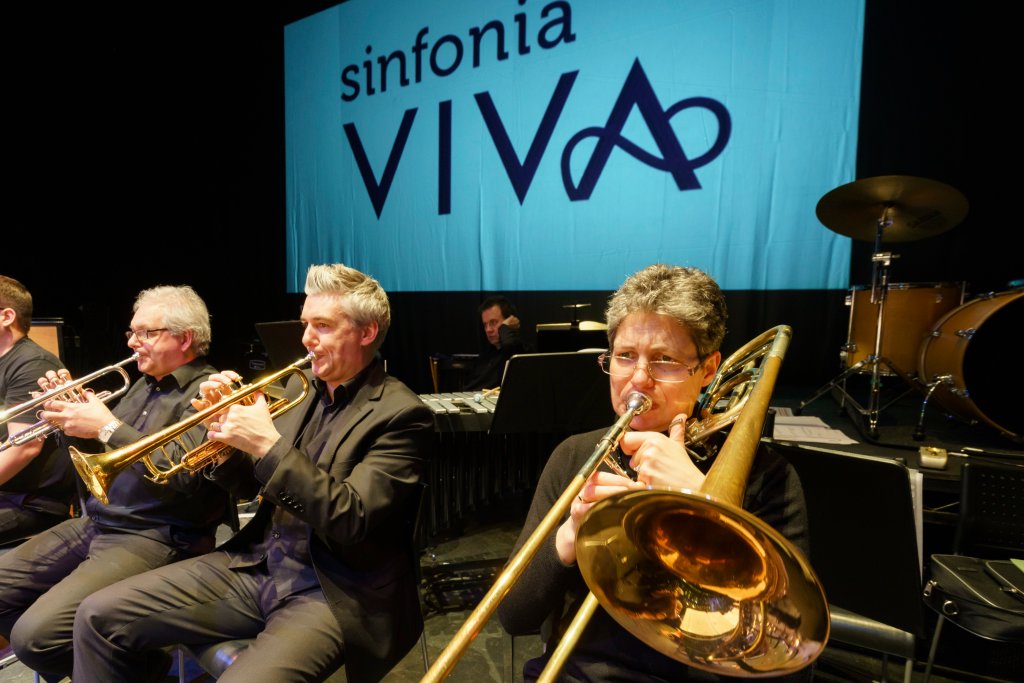 Derby-based Sinfonia Viva has confirmed the line-up for its 35th anniversary ‘Cabinet of Curiosity’ regional tour.

Sinfonia Viva is the East Midlands’ only professional orchestra. As well as building up a loyal following of classical music fans, it has won awards and national recognition for its education and community outreach work.

Highlights over the years has included a Grammy nomination for its work with Damon Albarn – leading to their inclusion on the Gorillaz album ‘Plastic Beach’ – and an invitation to record with soul music legend Bobby Womack.

With this impressive pedigree under its belt, the Orchestra will mark its milestone year by touring the region with its inflatable mobile venue with two days at each venue.

The Orchestra will start its month-long tour by erecting its mobile venue in Derby Market Place on June 13 and 14 before moving onto Mansfield, Scunthorpe, Mablethorpe and Holt in North Norfolk.

At each location, Viva will perform a daytime family concert, an evening of well-known classical music and then support local arts organisations to stage their own events on the second day.

The Derby tour launch will also be part of Derby Book Festival with weekend events staged at the inflatable venue.

Music students from Derby College will have the chance to perform their annual showcase.

The venue will also stage a performance of the musical ‘Chess’ featuring ‘singing fireman’ Andy Quinn who wowed television audiences with his appearance on ‘Michael McIntyre’s Big Show’.

Then, on Tuesday June 13, the ‘Cabinet of Curiosity’ tour will be officially launched with a performance of Viva’s award-winning ‘The Boat and the Blue’ family concert at 11.30am.

The informal concert features composer and guitarist Jack Ross who is joined by the Viva chamber orchestra and animateur Eleanor Meredith to tell the story of Rowan and her adventures on the open seas with stories, songs, music and live drawings.

‘The Boat and the Blue’ was specially commissioned by Viva as part of the national Family Arts Festival in 2015 and won the national award for best family event.  It is specially created for pre-school children and their families and everyone takes home a free CD and book of the story, songs and music.

The stage is then set for the ‘Curiously Classical’ concert by Viva starting at 7.30pm under the baton of celebrated international conductor Jessica Cottis.

Viva’s programme for the evening will be a collection of snappy and recognisable tunes from television and film includes pieces by celebrated composers such as Beethoven, Brahms, Dvorak and Bartok.

There will also be new pieces by award-winning composer Anna Meredith and Viva’s Principal Conductor and former BBC Young Composer of the Year Duncan Ward.

On Wednesday June 14, Viva will work with Derby-based Baby People to stage the Urban Choir showcase starting at 6.30pm.

The choir brings together young people from various schools across the city and county to perform a unique blend of R&B and Soul as choral arrangements and there will also be performances by individual school groups.

The ‘Cabinet of Curiosity’ tour has been made possible by a £159,525 grant from Arts Council England’s Strategic Touring programme, which makes it easier for cultural organisations and artists to bring great art and culture to people across England.

A key aspect of the tour will be to provide work experience opportunities for local people through Voluntary Arts England as well as involving intern students from the University of Derby who have supported the marketing, design and social media promotion of the tour.

Sinfonia Viva Chief Executive Peter Helps explained: “The ‘Cabinet of Curiosity’ tour reflects why the Orchestra is such an important part of the regional arts community and is the perfect way for us to mark our 35th anniversary.

“We will be showcasing two different but equally high quality aspects of our work — for both younger audiences and classical music fans.

“We will also be providing our equipment and technical expertise to other arts organisations and community groups across the region to give them the platform to perform and raise their own profiles.”