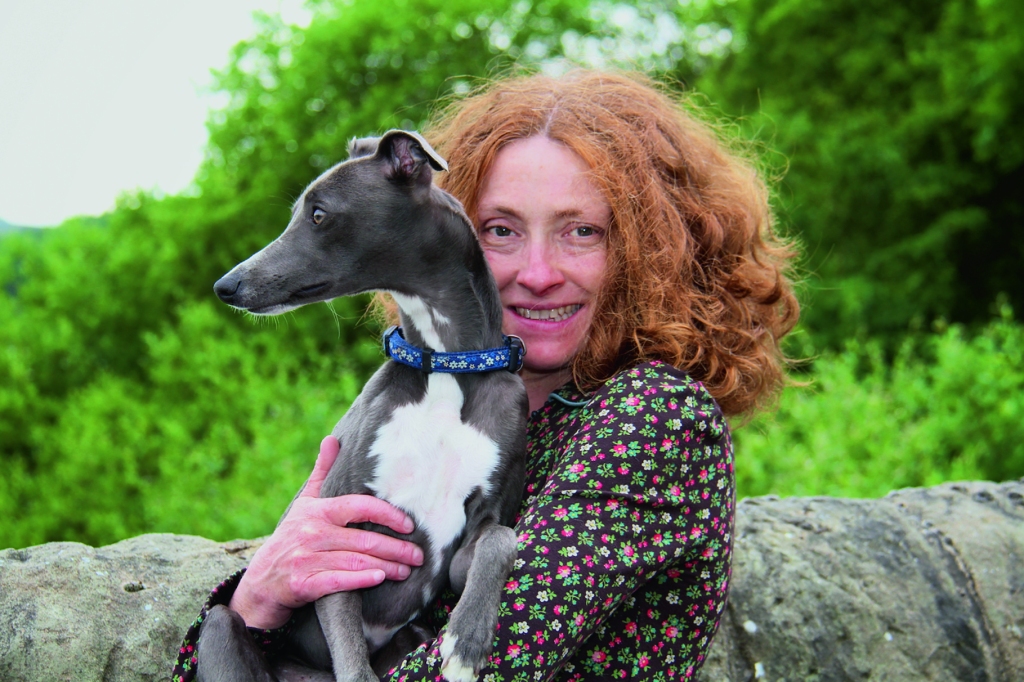 With seven children, a couple of dogs, a handful of cats and a trio of guinea pigs making up her household, it is hardly surprising artist Lucy Gell decided she needed a room of her own.

The bubbly illustrator and printmaker adores her pets and gave up her career in animation so she could work from home to care for her children – but there is only so much juggling you can do on the kitchen table if you want your business to be a success.

Lucy began creating her humorous animal prints after the birth of her twins Noah and Tabatha, followed three years later by Willow.

“It was always a challenge working around them and the animals, but somehow I managed and we all muddled along together.

“It was with the arrival of my new partner, who has four children and a dog, that it became clear drastic measures were necessary to make more room,” explained the artist.

“We didn’t want to move and extending the house would have taken too long and been difficult. I could have rented a studio, but the whole point of me doing this was so I could be at home.

“The obvious solution was to build a studio at the end of  the garden. So after more than a year of planning and construction work I can now commute down the garden path to my own purpose-built printmaking art studio.

“I am so thrilled with it. It is light, airy and warm, and has room for everything I need to print and exhibit my work,” she said as she invited me into her domain.

The studio in New Mills has stunning views of Kinder Scout and is full of Lucy’s quirky, fun designs which bring a smile to your face – especially when you recognise the characteristics from one of her pets which are never far away.

“I have always had a passion for animals and grew up with many myself. I can’t imagine life without them and they are an endless source of inspiration for me. I can see humour in all animals,” she said with a happy laugh.

As if on cue one of the cats hitched itself up by two paws onto the window of the studio door demanding to be let in while we chatted.

Lucy is from a creative family; her mother and father worked for Granada Television, her grandmother Kathleen Gell was a children’s book illustrator and her father’s cousin was Picasso’s famous muse Sylvette David.

When I Googled that compelling fact back at my computer I was sure I could even see a family resemblance between Lucy and her beautiful first cousin, once removed.

“I was always encouraged to express myself and from a young age I had always wanted to animate. I studied Art and Graphic Design at college and then went to work for Cosgrove Hall films in Manchester.

“I was a puppet maker at first but I was on a mission to become an animator and finally started that in 1997, and had almost ten years working in a fantastic fun environment,” she explained.

During her time with the company she worked on productions such as Postman Pat, Noddy and Andy Pandy as well as the Tim Burton film Mars Attack. She says that the skills she learnt while giving puppets character through simple gestures and facial expressions has helped her bring humour into the work she creates today.

It was a short evening course in printmaking that was to introduce her to her new passion, and when she finally gave up work to look after her family she found she had more time to devote to it.

“I started to learn new techniques and as my confidence, knowledge and enthusiasm grew I started to exhibit at shows and festivals on a regular basis rather than just sell to friends and family.

“Now I have the studio, it has helped me concentrate more effectively and I am aiming myself at bigger more prestigious shows this year, as well as expanding into illustrating children’s books.”

Lucy, who is a member of the High Peak Artists and has work at The Gallery in the Gardens in Buxton, also regularly exhibits at Printfest in Cumbria, the Great Northern Contemporary Craft Fair in Manchester, the RHS show at Malvern and many more.

She is extending her brand with greetings cards, coasters and magnets and also runs printmaking courses, some of which will now be at her own studio.

To find out more about her work go to http://www.lucygell.com